The 5th GIJ Eminence Awards ceremony was held last night, 20th November 2020, and our small boy danger bagged the plaque for Outstanding Student in Music.
There’s never been a dull moment with Tona since he stepped foot on GIJ campus and most colleague musicians on campus can attest to the fact that Maxwell Kyizagl has had quite the spurt within just a year on campus. Already having rap jams like “Ebefa” and “Fox” under his belt and a much talked about streak at the “For The Culture” online rap festival, it is obvious that Tona is headed above the stars.

Tona wasn’t present however, to accept his award but his friend and self-appointed PRO, YPa was there to do the honours on his behalf. Pataapa.com was able to catch up with YPa who has proven to be quite elusive despite being our own editor. With the widest grin we’ve seen on him he explained,
“Tona couldn’t be here but he would like to dedicate this to his late grandma, whose burial service is the reason why he couldn’t be here. Tona also sends his full gratitude to anyone who has supported him to this point and beyond”.

We couldn’t just leave it at that with rumours floating around of an incoming Tona song. So we asked YPa for an inside confirmation.
“O yeah, it drops on the 26th, next Thursday and, yea, it’s a big one so expect eye-widening lyrics in mind-blowing style, I mean, you know us. A lot of ‘work’ has been put in this Tona project and if I’m not the proudest friend right now, then no one is”, he said with a shy chuckle and excused himself.

So there’s your confirmation, GIJ’s favourite musician this year has a track dropping on 26th November 2020 and the title is “Work”. Better watch out, can’t say we didn’t warn you. 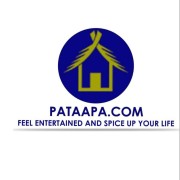 Start Your Week With Smiles- Funniest Video You Would See Today

The Painful and Happy Exit of the First Ever Special Prosecutor; Martin A. B. K. Amidu.