TOMATO TRADERS AND TRANSPORT ASSOCIATION OF GHANA EMBARKS ON STRIKE

The tomato traders and transport association of Ghana embarks on a strike action in relation to a statement revealed earlier. This initiative was taken concerning issues of attacks and high road robbery on its members in the course of their line of work. In less than 3 weeks, seven of their members have been attacked with some dead. In a briefing, they revealed that there was an attack of one of their drivers and his mate on Friday February 5, 2021 which resulted in their death.
The tomato traders travel through the Kumasi, Bolga and Burkina Faso roads main routes of transporting their goods. Their frequent usage of the road has attracted highway robbers and armed men who often terrorise them.
The association revealed that, all these robbery attacks has been reported to the Inspector General of the Police (IGP), James Oppong Boanuh but nothing has been done. They have therefore resorted to take action to stop the problem. “We’re by this medium cautioning all tomato drivers in Ghana who transport tomatoes with their vehicles that from Sunday we do not want to see them on the roads transporting tomatoes”. The Chairman of the Association Nana Poku added “Because we’ve informed government and his IGP but the ignored us. So we’re taking into our own hands to what’s in our best interest that way they’ll value us”.
Following this, if legal actions are not taken to help and calm the association, then there is likely to be a possibility of increase in tomato prices and shortage of the commodity itself. 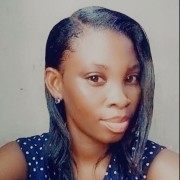 (Video): Teachers Kneel And Cry Out For Classroom In The Presence Of Their Students

(Video): Teachers Kneel And Cry Out For Classroom In The Presence Of Their Students

SHATTA WALE OPENS UP ON THE DECISION OF LIFTING HIS BAN

Click one of our representatives below to chat on WhatsApp or send us an email to lexiswill17@gmail.com

Chat Us Now Lexis Will